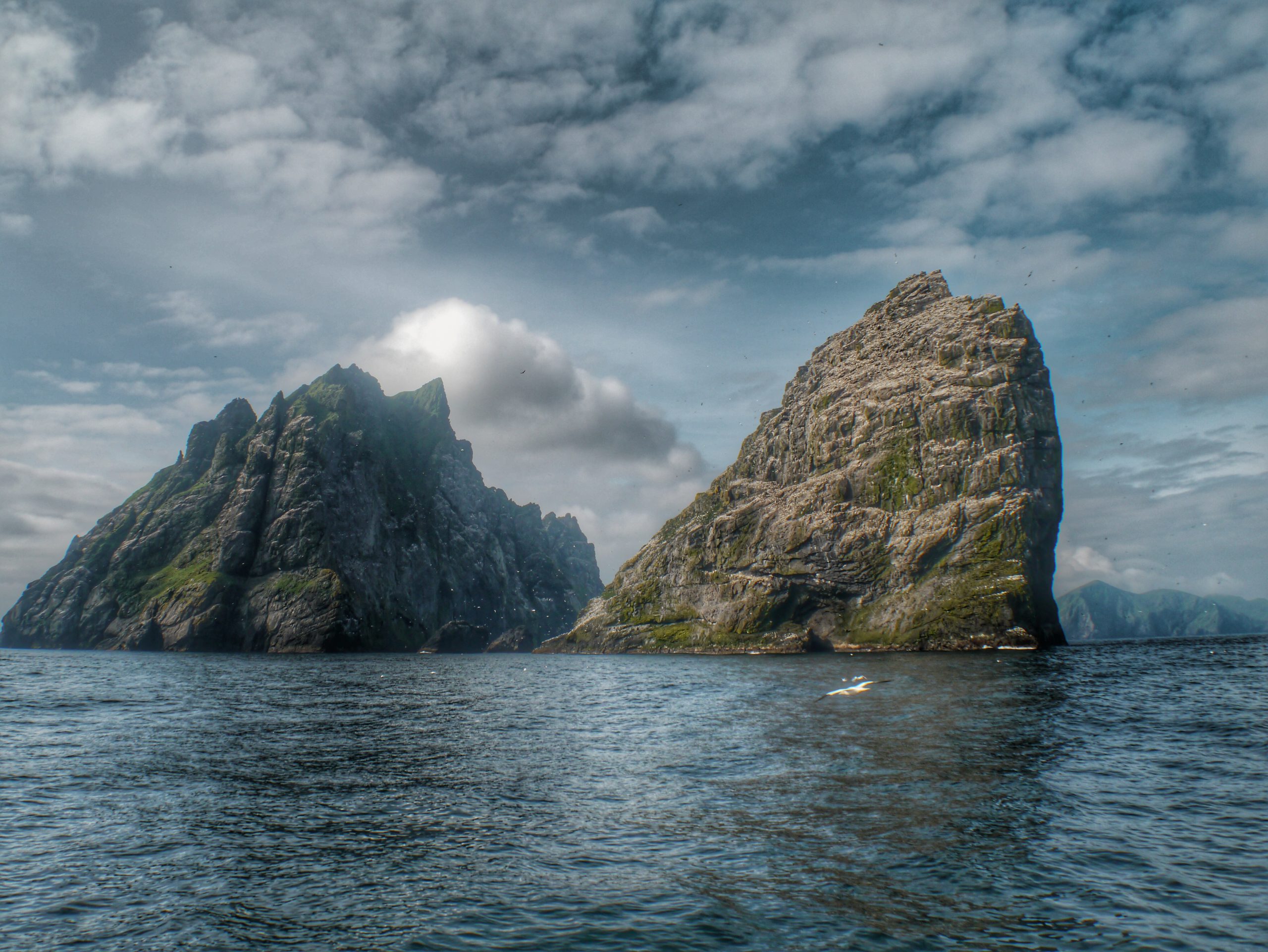 Nearly a century ago, the last 36 residents were evacuated from the most remote part of the british isles, St Kilda, an isolated archipelago off the beautiful and rugged western coast of Scotland.

After 86 years, the music of St Kilda has been discovered, recorded in a Scottish care home by Trevor Morrison, an elderly man who was taught piano by an inhabitant of St Kilda. Heard by the outside world for the first time these haunting melodies offer a last link to the so-called ‘island on the edge of the world’.

Welcome to the incredible story of the lost songs of St Kilda.

A NOTE FROM TREVOR MORRISON

Icelandic Cleric “The Islands that are called Hirtir”: People think this might be the first record of St Kilda.

Devastating epidemic of smallpox where the population fell from approximately 124 to about 30.

The population of St Kilda had risen to 88 people.

“The inhabitants of St Kilda, are much happier than the generality of mankind, as being almost the only people in the world who feel the sweetness of true liberty.”

36 people decided to emigrate to Australia. They joined large numbers of others from the Hebrides and the mainland of Scotland who were heading in the same direction. For the group from St Kilda it turned out to be a poor decision as 20 of them died of disease on the voyage. The remaining sixteen, however, settled successfully in Melbourne, giving the name St Kilda to a suburb of that city.

Islanders took 89,600 puffins for food and feathers. It’s said that seabirds like puffins formed a major part of the St. Kildan diet.

The winter of 1911-12 was especially difficult as bad weather prevented ships from calling in from the end of December to the middle of May. The Daily Mirror started a national campaign to raise funds for a wireless station, and it was installed in July 1913.

World War One brought some relief as Hirte was designated a War Signal Station and a small group of naval staff was based there.

In January Mary Gillies, a young pregnant woman, dies. It is said that this was the last straw for the Islanders and this is when they decided to leave. In May, the people of St Kilda sent a collective letter to William Adamson, the Secretary of State for Scotland, requesting that they should be evacuated from their home. Then in August of the same year, a ship called Harebell took the remaining inhabitants of St Kilda off the island, leaving it deserted.

St Kilda was bequeathed to The National Trust for Scotland by the 5th Marquess of Bute.

At Silverlea Care Home in Edinburgh, volunteer Stuart McKenzie discovers resident Trevor Morrison playing unknown music on the home’s piano. Trevor tells him that he was taught the pieces as a young boy by his piano teacher who was originally from St Kilda. His teacher would place Trevor’s hands over his own as he played in order to teach him the music. Stuart McKenzie records Trevor playing the various pieces of music on the care home piano. These are the only record of this music.

Decca A&R Fiona Pope meets Trevor while he is living at Silverlea Care Home and hears the music for the first time.

In January, Fiona Pope reconnects with the music. Following the centuries-old tradition of folk music evolving as it is passed down from generation to generation, Fiona approaches some of Scotland’s foremost contemporary composers to reimagine songs from the album. Trevor’s original recordings and the new compositions are united together on a single album. The Lost Songs of St Kilda is born.